All Back To My Place
In which the stars reveal the sonic delights guaranteed to get them going...


What music are you currently grooving to?
The Journey, the last album by Amsterdam is good. And Bettye Layette’s I’ve Got My Own Hell To Raise is killer. She covers other female composers — Sinéad, Lucinda Williams — and the songs all sound like they were written for her. Also The Zutons, Tinariwen, and Thomas Dybdahi. He’s a Norwegian singer, and his One Day You’ll Dance For Me, New York City is great — really delicate, almost transparently so.

What, if push comes to shove, is your all time favourite album?
It changes every 15 seconds, but I’ll say The Beatles’ Revolver because it’s such a standby, such a great record. And my wife’s new record, of course.

What was the first record you ever bought? And where did you buy it?
The Fame At Last EP by Georgie Fame, in 1965, at Potter’s in Richmond. It had Get On The Right Track. Point Of No Return — a good musical education right there.

Which musician, other than yourself, have you ever wanted to be?
I’ve never wanted to be anyone but me. But people who I admire, who had a defining effect on me Sinatra, Lennon, Gram Parsons, Hank Williams.

What do you sing in the shower?
I sing scales, when my voice is in trouble. I learnt that from Tony Bennett; do it for half an hour and the steam opens things up.

What is your favourite Saturday night record?
I haven’t had a weekend for 27 years, it’s either all weekend or all work, so I don’t know. I remember being into Double Barrel by Dave And Ansel Collins, though, when I was 15 and going to parties.

And your Sunday morning record?
I like old recordings. I love the things Joe Bussard puts out — he’s preserving a lot of corners of music that are precious, mountain music, jazz, blues, music that was on 78. I dig that. And Bach, Bill Evans, Henry Purcell, Janácek. Things that are contemplative

Elvis talked about Georgie Fame before - Tracks: Many Happy Returns / Down For The Count / It's For Love The Petals Fall / I Am Missing You / Funny How Time Slips Away / Lil' Pony / Lovey Dovey / Lil' Darlin' / Three Blind Mice / Dawn Yawn / Feed Me / Papa's Got A Brand New Bag

Sacked as Billy Fury's pianist in 1962, Fame took the rest of the band - the Blue Flames - with him. After chart-toppers Yeh Yeh (1964) and Getaway (1966) he split the Blue Flames to record a full-blooded jazz album with the Harry South Bond, featuring many of the top UK jazzers of the day. That album, Sound Venture, sold poorly but earned him widespread respect leading to a tour with Count Basie. But the following year he was back in the charts with The Ballad Of Bonnie & Clyde.

ATTACK OF THE KILLER ORGAN

Elvis Costello was a scrawny 12-year-old, until Georgie Fame opened the door to hipness.

There were always a lot of records in the house when I was growing up, including stuff like Charlie Parker. My friends were always surprised my parents were so hip to different music. After they separated my dad gave me a stack of records, stuff like Mingus, Marvin and Tammi, Grateful Dead, David Ackles and Joni Mitchell. When you are brought up like that you don't have any musical prejudices.

In 1966 I was 12 and already a big Georgie Fame fan. I'd got Yeh Yeh and Getaway and In The Meantime and I loved the Fame At Last EP. I saved up for a few weeks to buy Sound Venture. I went to this store in Richmond to buy it - the same place I bought my first guitar. It was such a hip record. Apart from anything else it had such a great title! And Georgie plays killer organ. I'd been used to the sound of the big band but this was different. There was no strict dance tempo and it wasn't smooth like Joe Loss - this was a swinging band and the line-up was a who's who of the jazz scene.

It had a huge impact on me because the songs were all over the place from James Brown to Willie Nelson. He was one of the first British R&B artists to discover James Brown, which was a big deal then because the only pop we heard was Brian Matthew four hours a week on the radio - the rest of the time it was tea-dance music, the Palm Court orchestra and Geraldo. There was no way we could have any personal knowledge of those original artists - and if we did the records were too expensive and I was too young to go to clubs to see them. Every record changes you a little, but Sound Venture knocked a wall down for me. Papa's Got A Brand New Bag is my least favourite track because it sounds really clunky, like they're reading it off a chart, not like James Brown's horn prayers at all.

Georgie wrote some great stuff himself. Many Happy Returns has a beautiful melody, Dawn Yawn is about coming out of all nighters at the Flamingo, Lil' Darlin' is a real sweet ballad and Three Blind Mice has this Lambert, Hendricks & Ross treatment. And he sings so well. His voice is very smooth with no vibrato, like a tenor sax, a lovely sound. Apart from Zoot Money, nobody else in this country was doing what Georgie was doing. I saw him on TV recently at the Montreux Jazz Festival and a lot of those songs were still in his set.

I know every note on that record and every detail about it. Dave Redfern took the photos, Chris Welch wrote the sleevenotes and I could even tell you where the sleeve was printed! Georgie was the first person to commission me to write a song for him. I had one knocking about called That's What Friends Are For, which was a little bit too swingy for me so I adapted it for him. I'm glad he cut it but I'm sorryI didn't write him a better song. He'd do a great version of Almost Blue.

When they write the history of the '60s Georgie Fame is always left out, maybe because he only ever used guitars as rhythm instruments; he was always so underrated. I've met him once or twice. He and the Blue Flames did a show with Joe Loss once, so he knew my old fellow and we had a drink after a show in Dublin, but I never mentioned what Sound Venture meant to me. He probablv doesn't remember it too clearly because you tend to forget about great records that don't sell - somebody came up and asked me to sign Goodbye Cruel World once and I was tempted to say, Congratulations, you've bought the worst record I ever made.

I've still got my original copy of Sound Venture. When I was a young man short of money I sold most of my records, including my Small faces singles, but I kept Sgt Pepper, Revolver - and Sound Venture. I couldn't sell it and I still play it. I have jags of playing vinyl and it still sounds good.

After Elvis name-checked Thomas Dybdahi recently I watched out for his discs , finally getting a few in Denmark . I only got around to listening to them the other day . They're contemplative, moody stuff . Listening to them as backround at work didn't do them justice so I'll try to make time to listen them properly ASAP.
Top

It's taken a while, but five tracks from Sound Venture are on this tasty sounding , forthcoming compilation - 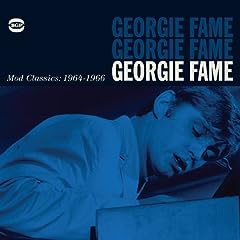 A album that Elvis spoke about in 1999 has been reissued.

Users browsing this forum: No registered users and 71 guests